Michaela Rudolf – Triathlon as a philosophy of life 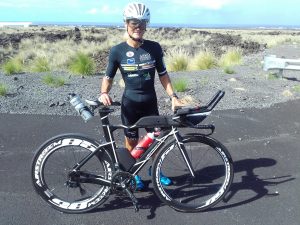 “Triathlon has taught me a lot. Now I try to pass on all this enthusiasm for the sport, power of endurance and consistency to my students”.

She is age-group world champion on the long distance, European champion in her AG onthe middle distance, three-time national champion on the long distance and has started as a professional triathlete for five years besides her job as a teacher. We are talking about Michaela Rudolf from Lower Austria. Through triathlon, the sports teacher has not only travelled many countries and met new people. She has also had many lessons for life. Triathlon is a philosophy of life for her and so she and her history clearly belong to the Challenge St. Pölten Testimonial Team. “The sport of triathlon has taught me a lot,” says the Lower Austrian. “Now I try to pass on all this enthusiasm for the sport, power of endurance and consistency to my students”.

Her career as a triathlete has grown and become “big” with the triathlon in St. Pölten. The athlete, who comes from running, got her first taste of triathlon air in 2004 at the Funtriathlon together with club colleagues from LCU Pyhra and was immediately hooked. This was followed by sprint distances and Olympic distances, in 2007 finally middle distance and in 2008 the first long distance. This was followed by five starts at the world championship with a vice world champion title (2011) and a world champion title (2017). Long distance is her absolute favourite distance today, because it is where she can best show off her strengths, she says: “The middle distance in St. Pölten has always been a fixed point for me, despite everything. On the one hand, because I grew up here (in sporting terms) and this was simply a springboard for many more triathlon successes for me. On the other hand, since 2007 I have experienced all the changes around the competition and I am fascinated by what the Team has come up with again and again”, says Michaela. “So this event has grown again and again and has developed into a great competition, which is certainly unique in the triathlon scene.

Michi, as she is called by club colleagues and friends, is still a big fan of the race today and has been competing every year since hour one of the race in 2007. In 2020 she will also be back at the starting line. “I have so many memories of the race and am looking forward to starting again on this track, which is so close to my home. Also as a Challenge Family race, St. Pölten will be unique and successful! 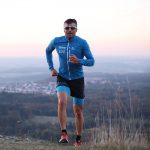 Michael Paal – from a soccer player to an enthusiastic triathleteNews