3.500 athletes at the start of „the nicest bike course in the world“ and within the series of one of the three most popular races worldwide: The IRONMAN 70.3 St. Pölten. On the 26th of May, the success story continued and the event took place in the triathlon metropole of
St.Pölten in Austria. From 2020, the event organizers including Jürgen Geiss and Christoph Schwarz, will organize the triathlon in St.Pölten together with the team and new partner CHALLENGEFAMILY by their side under the name of CHALLENGESTPÖLTEN.
„We were able to develop the location of St. Pölten in to a strong brand in the worldwide community of triathletes“, says Christoph Schwarz, the event organiser. It all started with 150 volunteers in the year of 2007. And now there are around 2.000 volunteers taking care of around 3.500 athletes, to create ideal conditions to race.

CHALLENGEFAMILY: The series is getting big

With the new partner CHALLENGEFAMILY everything is set to continue the success story.
Already 41 races every year in 21 countries are held under this brand. Around 75.000 athletes taking part are guaranteed a triathlon at top class level. The requirements are promising a continuation of a highest quality standard execution. St. Pölten calls itself the „fittest city of Austria“ and the lower Austrian region will continue to support this amazing event. The triathlon festival will take place for the first time on the 24th of May 2020 as “CHALLENGESTPÖLTEN TRIATHLON“ through the streets and past the lakes between the capital city and Wachau.

What counts most in St. Pölten: The Spirit

Mr. Schwarz explains the reasons for the change: „We want to live the familiar and enthusiastic spirit for the triathlon sport in St. Pölten to the fullest.“ The clearly defined goal: To fix lower Austria and it´s capital city in the calendars of the international triathlon families. 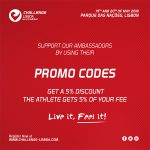 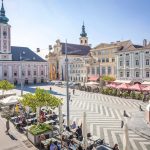 10 reasons why you should race in St. PöltenNews