Every athlete is unique. Each one has their own special story of how they started the sport, why they started triathlon and why they stuck with it. Time by time we receive some exciting, emotional or very motivating positive stories. We would like to share a few of them here.

After a very sporty childhood, he started with triathlon and the long distance ambitions were quickly born. Soon the idea developed from finishing the youngest Ironman to the final goal of “Youngest Ironman in under ten hours”. After the cancellation of IRONMAN Klagenfurt 2020, he completed a long distance on his own which he finished on his 18th birthday in 9:11:29. Along the way, he became very interested in sports marketing. Since he felt there were few sources of information, he decided to become active himself. His podcast Gain³ focuses on the triangle of press, sponsors and athlete and enables many athletes including himself to learn about marketing as a professional athlete and supports them to make a living from the sport they love. The big goal? To become a professional triathlete himself! Niklas is now one step closer to that goal. After completing his teaching degree as a chef, he started his part-time job at the well-known triathlon hotel Mohrenwirt. He is fascinated by the sport, loves pushing his body and seeing how seemingly impossible goals can be achieved with daily hard work. By sharing his journey online and through the podcast, he wants to encourage people to pursue their own vision. The focus this season is on gaining experience. In 2022, Niklas wants to become AG World Champion and then get his professional license. You can follow his way on his website or instagram.

Czech hand cyclist and paratriathlete Jan Tomanek is an inspiration for all athletes. He is a world champion and an athlete by passion. In 2002, Jan and his friend were hit by a car while coming home from soccer practice. Jan managed to cope with the difficult situation and impairment and today he is one of the most successful sports talents. Historically, he is the first Czech who managed to finish the CEZ Jizerska 50 and the Vasaloppet, the most demanding cross-country skiing competition in the world (90 km). Last but not least, he also dedicates himself to triathlon. He will be on the starting line in St. Pölten in 2021. The biggest challenge? The running distance between the two lakes. But he will master that easily with the support of friends!

After a sudden cardiac arrest at home on the sofa, Elmar Sprink received a new heart in 2012. For the enthusiastic amateur athlete, the world collapsed at that time. But he quickly regained his courage and fought his way back. His goal? To finish a long distance race with someone else’s heart! A lot has happened since then. Already in 2013 Elmar was back on the starting line. He has finished over 130 endurance events – including extreme events such as the Transalpine Run, the Ötztaler Bikemarathon or the famous IRONMAN Hawaii. From one day to the next, Elmar was in need of an organ donation. Since then, he has been campaigning for the issue. Because his life would have been very different without donation! More about Elmar and his story you can find on Instagram or his Website.

The finish of a long distance was too little for the brothers. They went straight after the next challenge. Sam and Billy stumbled upon the record for middle-distance triathlons in a year and immediately started dreaming, talking, training and getting permission from their families. The plan is to take a Christmas break and finish with hopefully over 50 races in a year. That’s almost double the current record. St. Pölten is one of their first races on the long journey. Stories about the beautiful scenery, friendly people, and good developments of the current situation have them kept feeling positive. Their anticipation is great! You can follow them on their way to the world record by  Instagram and Youtube!

These five personalities are sure to be joined by many more! We look forward to reading from you and especially to see you at the weekend! Because you are writing the history of the Challenge St. Pölten together with us! 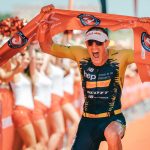 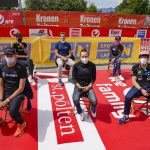